Posted by rajivbee at 9:00 PM No comments:

1. Extension of existing interest subvention of 2% for one more year for exports covering handicrafts, carpets, handlooms and small and medium enterprises.
2. High Level Council on Micro and Small Enterprises to monitor the implementation of the recommendations of High-Level Task Force constituted by Prime Minister.
1. Increase sub-limit to 6 percent from 4.9 percent
2. Shortage of credit
3. Need for a focused procurement policy
4. Prompt payment of MSME dues
5. Additional finances from SIDBI
6. Simplification of labour laws to prevent inspector raj
7. Formulation of a one-time settlement policy to strengthen the MSME industries
8. Remove bottlenecks in their development.
3. The corpus for Micro-Finance Development and Equity Fund doubled to Rs. 400 crore in 2010-11.
4. National Social Security Fund for unorganized sector workers to be set up with an initial allocation of Rs. 1000 crore. This fund will support schemes for weavers, toddy tappers, rickshaw pullers, bidi workers etc.
5. Limits for turnover over which accounts need to be audited enhanced to Rs. 60 lakh for businesses and to Rs. 15 lakh for professions.
6. Limit of turnover for the purse of presumptive taxation of small businesses enhanced to Rs. 60 lakh.
7. To facilitate the conversion of small companies into Limited Liability Partnerships, transfer of assets as a result of such conversion not to be subject to capital gains tax.
8. To ease the cash flow position for small-scale manufacturers, they would be permitted to take full credit of Central Excise duty paid on capital goods in a single installment in the year of their receipt. Secondly, they would be permitted to pay Central Excise duty on a quarterly, rather than monthly basis.
9. Reduction in central excise duty on corrugated boxes and cartons from 8% to 4%.
10. Enhancement of weighted deduction on payments made to National Laboratories, research associations, colleges, universities and other institutions, for scientific research from 125% to 175%.
Posted by rajivbee at 9:00 AM No comments:

AS PER estimates,the Small and Medium enterprises (SMEs) contribute about 8% of our countrys GDP and provide employment to more than 6-crore people.Therefore,it is important to provide necessary tax and policy support to the individuals/SMEs to ensure overall inclusive growth.This also has been one of the underlying themes of the current years Budget.In this context,the following proposals are worth noting.

There has been a long pending demand to increase theses limits as they have lost their utility and not kept pace with the changing business reality.In the current years Budget,it is proposed to increase the aforesaid threshold limit to Rs 60 lakh for business and to Rs 15 lakh for profession.This would help reduce compliance burden of small businesses and professionals.

Currently,an individual,a Hindu undivided family or a partnership firm,engaged in any business other than the business of plying,hiring or leasing goods carriages and whose total turnover or gross receipts in a financial year does not exceed Rs 40 lakh,could avail of the concessional treatment under the presumptive basis of income taxation.In such case,a sum equal to eight percentage of the total turnover or gross receipts of such business in a financial year is deemed to be the profits and gains of such business chargeable to tax.It is now proposed to raise this threshold limit to Rs 60 lakh.

It is proposed that Small Scale Industrial (SSI) units can avail full Cenvat credit on capital goods in one instalment in the year of receipt of such goods.Further,they can pay excise duty on quarterly basis instead of monthly basis.

It is proposed that,in case of a company whose total sales,turnover or gross receipts in business do not exceed Rs 60 lakh in any of the preceding three financial years,and it converts itself into a Limited Liability Partnership (LLP),then such conversion would not be regarded as a transfer and hence,not subject to capital gains tax.It is pertinent to note that certain conditions need to be satisfied for availing of this benefit,else taxability would get triggered.
It is proposed to allow carry forward and set off of business loss and unabsorbed depreciation to the successor LLP.Other key advantages post conversion into LLP includes exemption from levy of minimum alternate tax (MAT) and dividend distribution tax.Thus,small companies may consider these beneficial provisions.

MOVE IN THE RIGHT DIRECTION

Of course,small businesses require much more support from different stake holders like ease of availability of finance,access to cost-effective technology,effective lower tax cost,etc.Nevertheless,the proposed changes are moves in the right direction from a tax policy perspective and would help reduce compliance and administrative costs for small businesses.
Posted by rajivbee at 9:00 AM No comments: 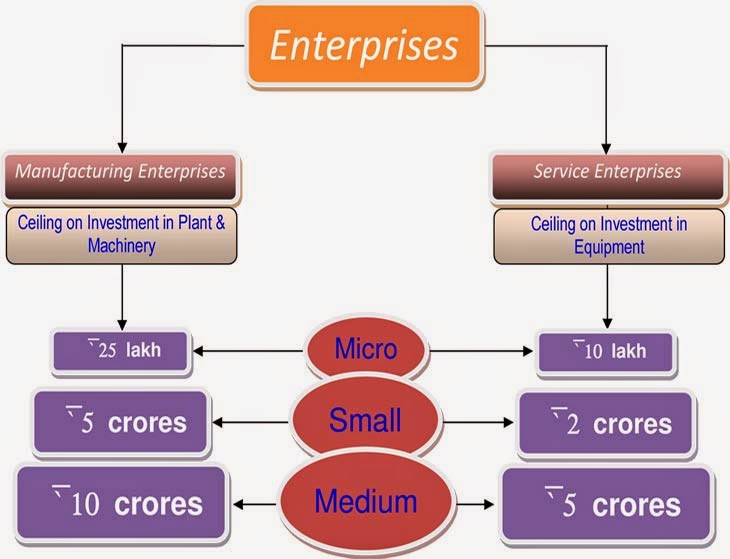